A brief history of dieting, weight loss and body image. 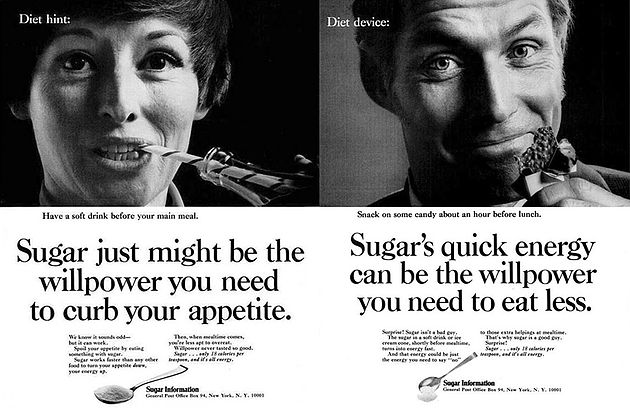 Posted at 14:02h in Blog by Madeleine Wood

1800s – A teeny tiny waist will make you the envy of all your friends, so a corset is a must-have for the ladies. The tighter, the better. The smelling salts are always at hand if you faint!

1863 – William Banting writes a pamphlet called Letter on Corpulence, Addressed to the Public. It sells more than 100,000 copies. Ker-ching! There might be some money to be had from weight loss.

1914 – Plastic surgery, originally designed to cosmetically repair the injuries of WW1 soldiers quickly becomes available to alter and enhance the too big, too small and/or wobbly bits you don’t like.

1925 – The Lucky Strike cigarette company targets women with the slogan “Reach for a Lucky instead of a sweet’ and implies that smoking helps with weight control.

1950’s- British endocrinologist Albert Simeons observed that when he gave obese patients injections of hCG, a hormone extracted from the urine of pregnant women, and kept them on a near starvation diet, they saw a reduction in adipose fat. It was proven that placebo injections were just as effective and anyone on just 500 calories a day would be losing weight regardless.

1950 – The Cabbage Soup Diet means unlimited yummy low-calorie cabbage soup. If that fails the girdle has arrived to smooth out those lumps and bumps in a more comfortable way.

1959 – Phentermine, the first appetite suppressant. But by the 1960s, amphetamine-based weight-loss drugs are found to be habit-forming and dangerous. OMG!

1963: When Weight Watchers launched, it recruited 500,000 members and grossed $5.5 million in one year. Nowadays, Oprah Winfrey owns 15 percent of the company. Where would they be without all the repeat business?

1970s: The Sugar Association in the USA launches a campaign advertising sugar as a useful diet aid, appetite suppressant, and energy booster!  Really?

1976: The Sleeping Beauty Diet sedates people for several days as a way to promote weight loss. Reportedly, Elvis Presley was a fan of this diet. Don’t try this at home folks!

1992 – Phentermine and Fenfluramine aren’t particularly effective individually — but are promoted as a “wonder drug” when combined. The drug was withdrawn with legal damages of over $13 billion after reports of heart valve disease and pulmonary hypertension.

1990s – Every food has a ‘low fat’ version. Manufacturers increase the sugar content to make them palatable. People that eat low fat food are still getting fatter….oh dear!

2002: Time magazine names Robert Atkins, MD, creator of the low-carbohydrate Atkins Diet, one of its 10 most influential people of the year. Eggs and Bacon anyone?

2004: The Biggest Loser premieres in the US, turning dieting into a spectator sport. This ‘entertainment’ features obese contestants competing for a cash prize by losing the highest percentage of weight. The regime in the show involves severe calorie restriction, up to six hours a day of exercise, unfair temptations, emotional and psychological damage and general humiliation.

2010s: There are infinite choices out there if you want to lose weight, but the failure rate is 95%.

Now- The food industry is engineering our food and drink to make us eat more and more whilst achieving little satiety, and they are diverting attention from this by saying that our personal lack of willpower is to blame for obesity.

Governments are supporting the food industry to bring in the tax dollars, whilst at the same time launching health campaigns telling us to eat less and exercise more.

In the last 20 years fitness club membership has doubled, and so has the rate of obesity.

Eat less and exercise more is not the answer when 80% of processed foods have added sugar and the average supermarket contains 30,000 different foods.

Obesity is here to stay unless we start to look beyond the out-outdated health messages still peddled by industry-funded governments.

This would mean finding brave and incorruptible politicians… Does anyone know any?